They’ve been back to school for a couple of weeks now.  But I have not been getting up early.  In fact, I’ve been staying up later working and barely dragging myself out of bed in time to get ready and get them to school on time.  They’ve been running late more from me than from themselves so far!

Two mornings in a row now I’ve gotten up in the wee hours of the morning.  This morning I got up and worked out.  I am exhausted.  This will get easier.  It always done.

Tonight I am thankful for two successful mornings of waking up early!  Tomorrow I’ll go for a third!  I am also thankful I got a work out in this morning.  And although I really wanted to go back to bed after the work-out, I did not.  But now I can!  Good night all! 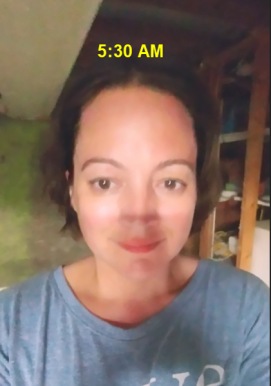