It’s been about a year since my uncle showed me Google Lens on his phone.  I have used it a good amount since then.

Today I was talking to a gentleman about this tree/bush in his yard.  He could not remember what it was called.  But he said it grew super fast.  Someone had told him what it was awhile ago, but he had forgotten.

I pulled out my phone, took a picture, and used Google Lens.  Google Lens said this was a Smoketree bush.  I felt so useful!  Go Google!

Tonight I am thankful for Google Lens.  Honestly, I’ve used it the most for plants!  I’m not very good at remember which plants are which.  And this has helped a lot!

P.S.  It is free to download thru Google Play 🙂 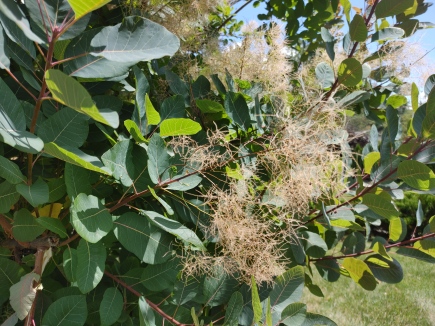